Z is for Zealous Book Tag #AtoZchallenge via @trincarl 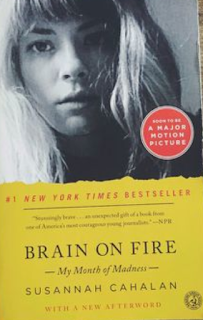 The #AtoZchallenge is coming to a close today.  This was my first year attempting to write 26 posts (from A to Z)  in one month's time.  It's been fun.  I've met so many bloggers and I am proud to call myself a survivor.
Today I'm doing a coffee book tag.  This is something I saw on youtube.  You basically find books on your bookshelf that represent coffee or caffeinated beverages.

I keep on seeing "Brain on Fire" by Susannah Cahalan. Whether it's on a Booktube channel or Goodreads or Amazon, etc.

It's almost to the point where I've second guessed whether I've actually read it. (which I haven't but I have it on my shelf) Readers, I don't know if you have ever experienced this.  I think it has something to do with it being a memoir and I used to be really into neurology and studying the brain and I read a lot of memoirs on people who have had lobotomies.

GREEN TEA: NAME A BOOK OR SERIES THAT IS QUIETLY BEAUTIFUL.

Green tea.  Oh goodness. Teas and more teas.  If I have to pick a Quietly Beautiful novel it has to be Aristotle and Dante Discover the Secrets of the Universe, by Benjamin Alire Saenz, HANDS-Down!
I second guessed reading this book at first because booktubers kept describing it as very moral and humanistic.  I wanted more facts because Geez it has Aristotle and Dante in the title.  Are the main characters a philosopher and a poet?! I thought. It turned out to be a beautiful read. 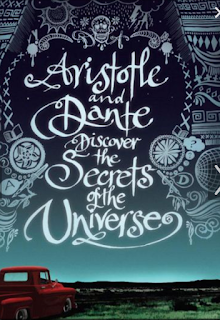 PEPPERMINT MOCHA: NAME A BOOK THAT GETS MORE POPULAR DURING THE WINTER OR A FESTIVE TIME OF YEAR.

I'm picking The Rumor By Elin Hilderbrand as a seasonal book. A lot of Hilderbrand's novels set around beaches houses on islands in the summer.

I was so taken by "The Rumor" that after I finished it I started brainstorming ideas for a novel where the main character would be affected by lots of other characters and each chapter would begin with a different character's perspective of the MC like this novel was.

HOT CHOCOLATE: WHAT IS YOUR FAVORITE CHILDREN’S BOOK?

I love, love love, "Wizard of Oz" and I've seen so many different variations but the children's version has got to be my favorite.  Something about the plot and Dorothy following the Yellow Brick Road into a fantasy adventure is very intriguing to me.

DOUBLE SHOT OF ESPRESSO: NAME A BOOK THAT KEPT YOU ON THE EDGE OF YOUR SEAT FROM START TO FINISH.

A book that kept me on the edge of my seat...This would have to be End of Watch by Stephen King. I was captivated by the idea behind the story: Mercedes Killer drives his enemies to commit suicide with the help of a video game.

I can still hear the voice of the killer in my head instructing his victims.  King has such a way with words.  He takes risks in his writing unlike any author I've ever read.

THAT HIPSTER COFFEE SHOP: GIVE A BOOK BY AN INDIE AUTHOR A SHOUT OUT

Oh gosh, I've been to so many hipster coffee shops thanks to Nano Wrimo season that comes around every November. I go cafe hopping with other writers so that I can finish writing a 50K novel (Each year since 2015 I come close, somewhere around 40K.)

But let's see....I want to give a shoutout to hip Indie Writer, M.J. Perry, and her new novel, Unlikely Love, a romance.

I interviewed M.J. earlier this month and her interview became one of my most popular post.  She has the uncanny ability to capture the dialogue of her characters in a very realistic way.  (See side bar for popular posts). 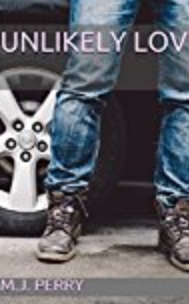 I'm not much of a tea drinker, probably because I'm so absentminded I forget to take out the tea bag and it ends up being too strong (way too strong in fact).  But my favorite classic is To Kill a Mockingbird by Harper Lee.

Just ask my ninth grade teacher who had asked us students to fill out a study guide for TKOM. I aced it with flying colors.  She even insisted that I try out for the play and I did that too, acing the lead role. 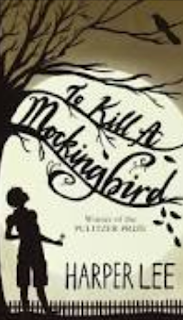 I'm also giving a shoutout to Cait over at Paperfury.com for giving me ideas for the coffee book tag.  And also Alex for introducing me to #AtoZchallenge at www.alexjcavanaugh.com/

Readers, this all the time I have today.  Let me know if you drink coffee or tea in the comments below.