Happy St. Paddy's day everyone!
This week I've been watching the show about nothing: "Seinfeld" when I came across the episode where Elaine dates the close talker, Judge Reinhold, I thought I'd include the giphy of Reinhold (above).
I also thought I'd share some more fun ride-share stories I've heard. 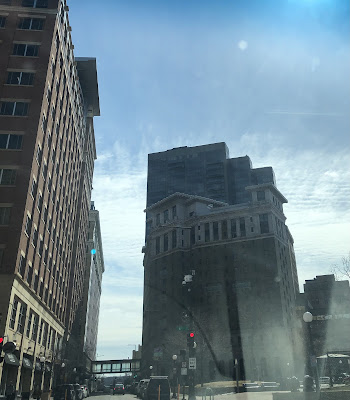 Ten thousand villages is a store in St Paul that sells hand crafts made in Third World countries. The business calculates a decent wage for people in foreign in countries and then the employees make the goods and send them to America. 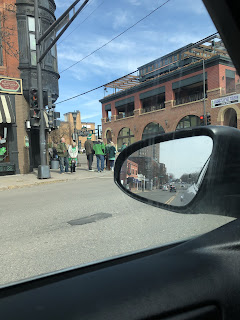 “ we’ve been working with multi-generational families so we know how the businesses are running in other countries and it’s great to see each family growing up and going to school and so forth” said an employee.

This was a huge contrast from another conversation that I had with someone who had connections to families overseas. The client had this to say about their sister:

“We can’t send my money for my sister to school in El Salvador because the gangsters would think that she is rich and will try to rob her so she just goes to high school for now.”

That's my week. Tell me about yours in the comments below. 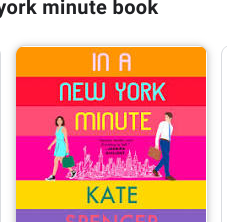 I picked this one up.  I think I saw it as a popular read somewhere and I love NY settings. Initially, I loved the plot that has to do with a woman getting her skirt caught in the subway and a guy helping her out and the two landing on public tv. But then there were so many side plots happening in the book and I couldn't focus on the relationship between the characters.

Forty states in a year

I been to forty states in a year.

I picked up a guy who had been to forty states last year.

“No,” he said chuckling. 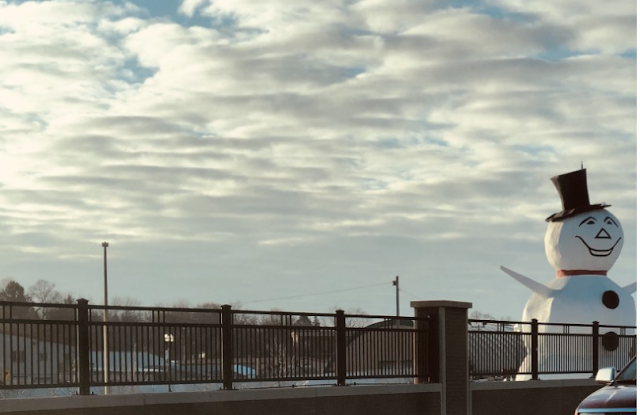 “Which one was your favorite?

“Idaho. I enjoyed the parks there.”

We drove past some cars that had been hijacked and left on the side of the road.

“People have been having their little hay days with cars in Minneapolis,” he said. 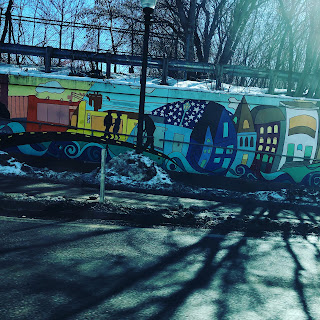 I talked with my friend Erica again .I call my ride-share clients “friends” after I pick them up several times.

“Have you had a conversation with your brother since the last time I saw you?”I asked Erica.

“No I haven’t spoken to him , thank god,” she said in a chiding-fashion. 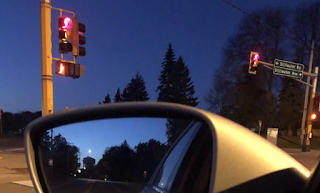 and I asked her if she had ever traveled internationally.

“ yes I’ve been to London and Spain,” she said.

“did you ever travel outside of London?” I asked.

“Yes , when I was there we went to the bar and we played the penis game.”

Erica didn’t describe the game but she said:

“by the end of the night everyone was shouting penis penis! And my friend was like ‘Oh, ‘I’m so glad I brought you to London.”

She continued by saying, “And when I was in London someone on the train 🚂 once said “ get your foot 🦶 off me, you fucking cunt! And I was happy 🧐 thinking how this happened in London.” 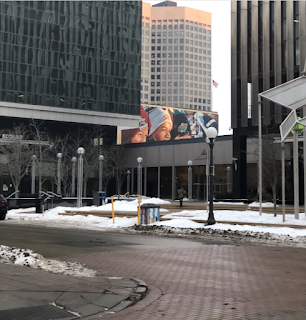 And so I just go with the flow and say:

“Someone offered me a raincoat while I was in London.”

“Oh yeah, londoners are so polite,” she said,

“ when we were leaving the bar, I was pretty drunk and pleaded with an officer saying ‘oh please help me !and the officer gave my friend and I a ride to the train station.”

I told her about a time I felt especially flirtatious in London I was at the mall and there was two mall cops (and I always tell people this story )but I asked them a to take the picture of us and they were like:

That's my week. Tell me about yours in the comments below. 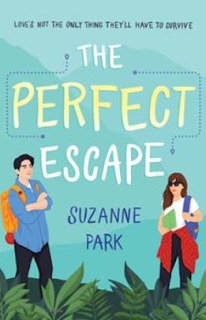 The Perfect Escape follows the story of Nate and Kate (adorable ik), who begin to work at a zombie escape room. I decided to pick this YA contemporary novel up. I don't read that much YA anymore but this is cute.  The main character has Korean Heritage and having been to Korea in the past, I enjoyed some of the tidbits about the country. 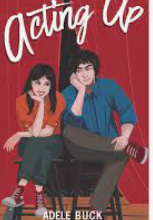 The stage is set for the play of a lifetime: but it's the romantic drama backstage that has everyone applauding.Paul and Cath are the perfect creative team. He's an up-and-coming theater director and she's his unflappable, rock-steady stage manager.I picked up a few contemporaries that have this theme of acting in them to see if I could relate with all my acting I've been doing. There's a lot of backstage drama between characters in this one.
Posted by Trin Carl at 7:56 PM 12 comments: