Do You have a Goal?

Do You Have a Goal?

This is a blog hop.  You're more than welcome to join. All you need to do is read and follow the guidelines on this site
Jen, Brittney, and Misha are co-hosts of the hop.

My writing goal this year is to submit my novella by December to a publisher.

I have been working on this book for like two years.  Two Years!!!! Can you believe it?!  It's consisted of hundreds of writers' feedback, researching, editing and drafting.  It's been my baby even before my baby was born( which was only a 10 months ago) **chuckles to self**

This is how I plan to do it.
1.Finish writing book by August.  I take no prisoners, this has got to happen.
2.Edit some more
3.Learn more about publishing and what's behind it from September to November and then submit queries and submit to publishers.

Thankfully, I'm part of a critique group that consists of 20 members in Minneapolis.  I've been in this group for about three years.  Its helped me learn about some of my strong and weak points in my writing.   We all have em' folks.  I'm just glad I found out mine sooner than later, that's not to say I can overcome them quickly but I'm working on it.

Readers, please comment below.
Posted by Trin Carl at 3:00 AM No comments:

Email ThisBlogThis!Share to TwitterShare to FacebookShare to Pinterest
Labels: blog hop, got goals


from Twitter https://twitter.com/trincarl
Posted by Trin Carl at 4:25 PM No comments: 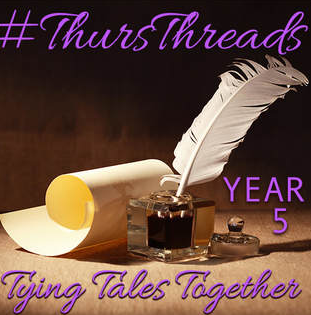 This is Week 275 of #ThursThreads, the challenge that ties tales together. Want to keep up each week? Check out the this site #ThursThreads #flashfiction group on Facebook and the Community on Google Plus.


This is my entry:
Come into the woods, come into the woods.
The ghost story had begun with a young camper who was part of a group that had serious problems with the truth. What the hell happened? No one knew for sure but some say a young camper's curiosity had gotten the better of him. One night he heard a woman’s voice beckoning to him.
Help me. Help me.
He couldn’t refuse to help her. Her words were marked by shrieks and pleas. He left his cabin and followed a path that led to the beach. He knew he shouldn’t stray from the path. Camp counselors had reminded him of this over and over again. Beware of ghosts, they said. Seeing he had no choice, if he wanted to save the woman, he strayed off the path and entered the woods. After a while, he realized he was lost. He could no longer hear the woman’s voice. Shadow beasts were said to have found him and ravished his body. Insects sucked his blood only for them to later evolve and turn into the blood sucking mosquitoes that we have today. Many other campers throughout the years strayed off the path in their curiosity, despite this boy’s perilous fate. But they, too disappeared. Swarms of mosquitoes are here to remind campers to never stray from any path again.

Welcome to Weekend Writing Warriors, the weekly hop for everyone who loves to write! This is a blog hop.  Share  an 8 to 10 sentence snippet of your writing on Sundays.
wewriwa.com

This is a snippet from my novel, Oh Brother:

The next morning, I had to make a critical decision: Fruit Loops or Cocoa Puffs?
“Don't follow me today,” Burns announced before he grabbed the Cocoa Puffs and finished off the box.
“I don't know what you mean,” I said playing innocent.
I reached for the Fruit Loops so I wouldn’t be left with Dad's Shredded Wheat.  I took my time pouring them into the bowl making sure it was filled to the max.
“Oh, I think you know what I mean,” he continued, “otherwise you wouldn't have left this.”  He pinned down a to do list in front of me.  It read:
-Follow Burns
-See what he’s up to
-Get gum
I smiled after the last one.

Readers, please comment below.
Posted by Trin Carl at 1:00 PM No comments:

Email ThisBlogThis!Share to TwitterShare to FacebookShare to Pinterest
Labels: #weWriwa

www.wednesdaychef.typepad.com  Here is a great dessert blog by Luisa Weiss.  Much of Weiss desserts are from Berlin and one dessert recipe is called Yotam Ottolenghi's Raspberry Meringue Roulade dessert. Luisa also has desserts recipes like Dimply Plum cake and Better Than Robert Redford.  I love the fact that she includes the Robert Redford dessert because I have written many stories on the beloved cake including My Momma Makes it Better documenting my experiences with the cake. I guess its more than the name of the cake that attracts me.  There is also a Ukrainian Honey Cake recipe on her site as well.  Overall the blog is very nice.   I love how the writer decides she's going to go about the art of baking  I've been struck by the baking bug that shows up so reliably each year when the sticky, swollen days of summer come.
Posted by Trin Carl at 6:27 AM 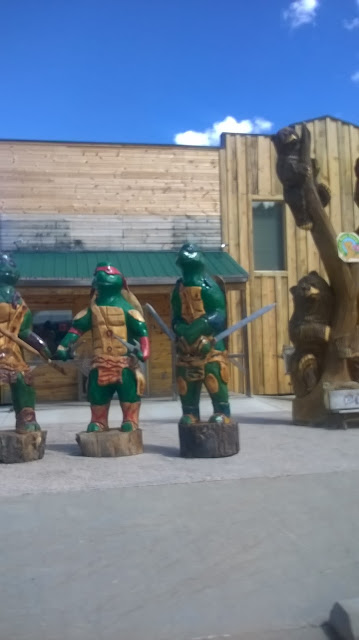 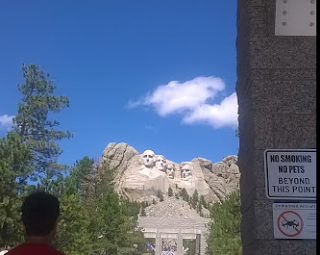 Welcome to Weekend Writing Warriors, the weekly hop for everyone who loves to write! To sign up visit this site: wewriwa.com and  share an 8 to 10 sentence snippet of your writing on Sunday. This is a snippet from my novel:

Zion and I adjusted our backpacks. It was a short hike to the junkyard and we played a game of eye spy.
“I spy with my little eye a husky boy,” I said.
“Sam Burns,” Zion answered.
“I spy a bad kid.”
“Burns again.”
“I spy a teenager with shit for brains."

"Burns."
We enjoyed this little banter all the way to the junkyard.
When we got to its huge gate Zion peeked in. “All clear.”

Readers, please comment below.
Posted by Trin Carl at 1:00 PM No comments: 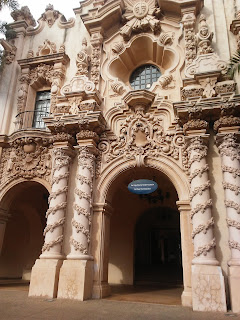 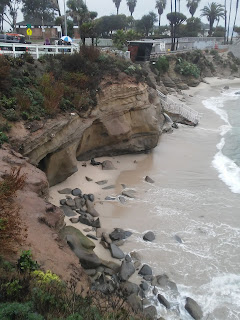 This month has been pretty eventful. Last weekend I went to the Garden Center for Yoga.  I was a bit late so I crept in with my mat and found a place front and center.  I've done this for many years now, but this is the first time I was asked to repeat mantras in a foreign language for fifteen minutes with my eyes closed.  The instructor patiently reminded yogis that people can do anything they put their mind to.  I had twelve of words memorized by the end of the session, including matadori, natadori, senatami, etc.
Speaking of entertainment, I've been lovin' Matt Steffanina and his dance moves on YouTube. Matt invited Kevin Hart as a guest choreographer, if you can imagine Kevin as a dancer.  Sorta unbelievable. Of course he was adding his spin on things, if you know what I mean.  It would be a dream of mine to meet Kevin or Matt. If you want to check it out.  Go to https://www.youtube.com/watch?v=N6lp8K9jKSQ

I had my reservations about Kevin at the beginning of his career, but I learned to take what comedians say with a grain of salt. 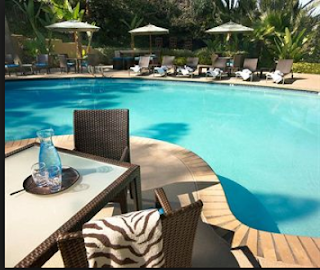 I also just came back from San Diego, California and decided to write a little list for prospective travelers.

Things to remember in San Diego:

-Pack lots of sweaters.  The ocean is cold and paddling without a jacket at sunset might just give you a chill.  You don't want your lil' one tuckered down at the front of a surf board like a baby bird with their arms slid inside their life jacket, while you do all of the paddling.
-If you go kayaking on the bay, the person in the lead is probably a bit faster at paddling than you are and may just have you winded by the end. Although, keeping up with them is not such a bad idea as this builds stamina and a competitive spirit.


Some things you might not expect to see on a sunset paddling experience
Drones flying overhead at night being chased by seagulls who follow them as if they were enemy birds trespassing on their territory.
You may also see the lights to very expensive homes.  This is very pleasing, visually.


Be in the know
-Friends and Family rates at discounted hotel stays may not be cancelled online within 24 hours but if you talk to a receptionists over the phone, they might be able to cancel it for you, especially if you're an employee.
-Also talk to desk personnel when you come in about bad hotel stays you've had in the past.  Say something like "You hope this hotel stay will be a good one." (wink wink.) The receptionist might add you to their text messaging service and frequently text you throughout your stay. 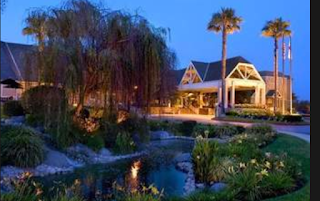 -Compliment air hostess/es at the beginning of your flight on their makeup, hair, jewelry, etc.  This also applies to male hostesses.  Giving compliments may lead you to an extra snack, smile or bag of peanuts and/ or beverage.
-Avoid flight personnel who help customers print their itinerary, as later you'll be asked to check in your too big, bag, even though other flyers managed to avoid checking there's.


Well April's been great so far.  Check back on another Sunday Post and I'll be sure to share even more.

Reading:  Slouching Towards Bethlehem By Joan Didion and The Reason You're Alive, by Matthew Quick

Watching:  Siren (Mermaid series),The Billions, and The 911 on xfinity cable.

Friday: Interview with actor Luke Daniels, who has narrated over 450 audiobooks, including ones by Nora Roberts and Stephen King.
Saturday:Weekend Warriors
Sunday:Sunday Post 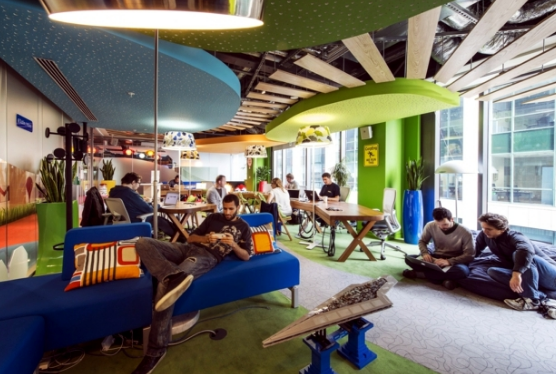 Welcome to my Weekend Warriors post.  Every Sunday a group of writers post eight to ten sentences from excerpts of their writing or 150 words of poetry.  To join sign up here :   www.wewriwa.com.

This is my excerpt from a  Horror story I'm working on called Camping: 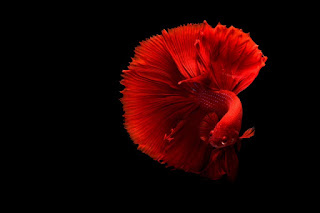 One didn’t have to see Piggy to hear him. His loud exhales between each phrase were a part of his asthma that made him carry around his inhaler in his shirt pocket.
“Well, (exhale) I just thought, if we (exhale) could get a phone signal, then we might be able to alert someone of the (exhale) power outage,” said Piggy.
“And who would you have us alert?” asked Terrence, the bully. “Your mother?”
A few snickers all around.
“What does Piggy, wiggy need his wanket? Does Piggy wiggy need swa-one to tuck him in at night?" asked Terrence.

This is an audio version of the story if you have the time to listen.
I knew I wasn't alone in writing and narrating my own stories.  But I came across this site made by a professional narrator who publishes writers' work to youtube.  Submission guidelines can be found at http://talltaletv.com/submission-form  .  A colleague by the name of Abhishek Sengupta just got his work published.

Readers, please comment below.
Posted by Trin Carl at 6:30 AM No comments: