Samuel Taylor Coleridge was thought to be an opium addict.
Posted by Trin Carl at 3:30 AM

Robert Frost won four Pulitzer prizes in his life.
Posted by Trin Carl at 4:02 AM

I found this link on the Nytimes relating to why it's controversial for women to vote in Saudi.

Statistics say only 30,000 women are registered to vote in Saudi.

Email ThisBlogThis!Share to TwitterShare to FacebookShare to Pinterest
“I’m writing a first draft and reminding myself that I’m simply shovelling sand into the sandbox so that later I can build castles.” — Rachel Stirling
Posted by Trin Carl at 4:45 PM

I'm excited to inform readers that I will be posting an author's interview once a month. This is a chance for readers to get to know up and coming writers in the world of Young Adult books.

Today I present to you Becca Patterson, a fellow writer hailing from Minnesota. Becca writes both Sci-Fi and Fantasy, she has been writing for as long as she can remember, and takes much of her inspiration from the teenagers she works with. In her spare time, Becca enjoys making her husband laugh, and playing string with her three cats. Becca is also an ASL (American Sign Language) Interpreter who mostly works in High School.You can follow her on her website at http://becca.mreauowpublishing.com/ , on Twitter @mreauow or on Amazon 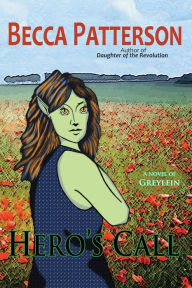 And now for the interview. Becca, what advice would you give to your younger self?

Don’t give up. There was a time, shortly after high school, when I listened to the nay-sayers. People I thought I could trust who told me that I wouldn’t make it as a writer. They said that it was a silly dream, that I wouldn’t be able to support myself and all that other wonderfully practical advice.
The thing is that being a writer isn’t about being practical. It’s about listening to that quiet voice deep inside that says: You have a story to tell, so tell it.
The nay-sayers were right about all that practical stuff and completely missed the point. For a time I listened to them and gave up my writing. It was a dark time in my life. Now, I’m back to writing, even though I have to do all that adult stuff like paying bills and cleaning the house. I have a day job that brings in most of the money, and the time I need to put into writing.
It’s not supporting me yet. It may never reach that level, financially/practically, but it’s keeping me happy. That’s the important part. So don’t give up.

How often do you write, and do you have a special time during the day to write?

I write as often as I can. Somedays that can mean hours upon hours and some it means I scratch out a few notes in the 15 minutes before I go to bed. Most days I can pull together an hour or two to focus on writing.
I used to carry around a spiral bound notebook that I could write in whenever a few minutes presented themselves. Then my dear friend gave me a bluetooth keyboard that links to my phone. Now I can pull out that keyboard just about anywhere and type to my phone so I don’t use the notebook anymore. It’s given me the freedom to write anywhere and anytime, so I do. On good days I probably spend 5 or more hours writing, but it’s broken up into 15 minute spurts.
The only set time that I write is Tuesday Nights. That’s when my writing group meets. We meet at a little gaming shop called “Your Mom’s Basement”. We spend most of the night writing, and some of it reading what we’ve just written or asking for help getting out of a sticky corner. The rest of the time is spent laughing over just about anything that comes up. It’s my most productive time of the week. I never have to wait for my muse to show up, she’s usually already there waiting for me with a basket full of ideas.

Where is your favorite place to write?

I could tell you that Your Mom’s Basement is my favorite spot, but that wouldn’t be entirely true. That’s just my most productive spot, and that’s only on Tuesdays. My favorite spot is in my office.
That’s where I have my large monitor and the ergonomic chair and all my stuff. I don’t really need the stuff to write, but it makes me happy and when I’m happy writing is easier. It also has my cats. When I’m in there, at least one of them is sleeping on the side desk or the back of my chair. Sometimes they can be annoying, especially when they bump my hands to remind me that I’m not petting them enough, but there’s nothing quite like the sound of purring to keep me focused.
Of course, I have my favorite table at the library. And one at the local all night restaurant. I have my favorite coffee shop and my favorite place at work. I have a lot of favorite places to write.

How does real life impact your writing?

Real life seeps into my writing in many ways. I spend a lot of time writing in restaurants and coffee shops, and I eavesdrop. I pay attention to the kids at the school where I work. I watch for character traits I want to use. That’s the normal stuff that so many writers talk about. I don’t use enough of any one person for them to recognize themselves, so I don’t worry too much about that. The more interesting story is why I spend so much time writing in coffee shops, libraries and restaurants.
I live with three cats, and for the most part they are cool with my writing. When I’m sitting at my desk all day it provides them with ample lap and shoulder time. However, one of my darlings, Dawn, is very sensitive to my emotions. So much so, she won’t allow me to argue with my husband (which isn’t fair, because doesn’t care if he gets upset). It also applies when I’m writing scenes with high emotions. Love confessions, teary goodbyes and especially fight scenes. She gets so upset about it, she just can’t let me write in peace. Sometimes I can get away with closing the office door and putting in my headphones. Most of the time I just go somewhere else when it’s time to write those kinds of things.
There’s one character though, a bad guy, who’s so evil all he has to do is call my main character and Dawn’s going ballistic. Closing the office door doesn’t work, because she’ll just go get my husband. We decided that I’m not allowed to write this character in the house when Sweetie denied her entry to my office and she bit him. Not hard enough to bleed, but not a love nip either. So now, whenever he’s in play, I transfer the scene to Google Docs, pack up my little keyboard and phone and walk to the library or 24-hour restaurant to write. I come home when the scene is done.

When did you decide to become a writer?

I think I was born that way. My favorite Sesame Street character was the typewriter. In second grade when the teacher handed out the journals and told us we would have to write five whole pages every week, I squealed while the rest of the class groaned. I filled that journal, and another one that year. In sixth grade I broke the school record for journals used (6 college ruled composition books) by the end of February. In May that year I turned in my ninth composition book and was told I didn’t need to continue the assignment. I’m not sure if it was because they didn’t want to give me a book I wouldn’t have time to fill or they were afraid I would fill by the end of the year 3 weeks away.
In high school I discovered the joys of word processors and continued to write. My English teachers encouraged me, read my work and offered advice, even when I wasn’t in their class that semester. I found out later they passed my stories around the staff room. The teachers predicted that I would learn to live on other worlds my senior year (the students said I would fall off the face of the Earth).
After high school, I listened too much to my family and stopped writing so I could concentrate on getting a good degree which would lead to a proper career. I fell into depression until an astute counselor told me to start writing again. Shortly after that, I had a professor who encouraged me to try publication. Then I started going to Sci-Fi conventions and found a lot more encouragement. My stories don’t fall neatly into genre boxes, so I never had much luck with traditional publishing. I didn’t let the ever growing stack of rejection letters stop me though. I’m a writer - I write.

This concludes the interview, but readers be sure to follow Becca on her blog at http://becca.mreauowpublishing.com/ . Thanks for reading.
Posted by Trin Carl at 10:21 AM

Email ThisBlogThis!Share to TwitterShare to FacebookShare to Pinterest
Labels: interview
Posted by Trin Carl at 3:02 AM

To Those of you who are unaware, it is Trin Carl's Bday.  My bday. Hooray!
Posted by Trin Carl at 6:21 AM

Listen to a free audio book without downloading.  Great narrator and great website at the guardian https://www.theguardian.com/books/audio/2007/jun/08/books1192

D.H. Lawrence was married to to the sister of Baron von Richthoffen, AKA theRed Baron.
Posted by Trin Carl at 8:40 AM