This week I came real close to sailing in a one man sailboat.

continue reading
Posted by Trin Carl at 4:28 AM 9 comments:


Going the extra mile for theatre during the pandemic means installing three socially distanced, plexiglass sound booths, a task executed by Arnel Sancianco's scenic design in the creation of Titanic (Scenes from the British Wreck Commissioner’s Inquiry, 1912). This virtual play is written by Owen McCafferty, directed by Vanessa Stalling, produced by Court Theatre in Chicago, and streaming through July 11th.

Listening was the mode of choice for those in 1912 when the Titanic sank and it seemed appropriate that this show relies heavily on sound.

In the opening scene, fictional character, the clerk of the court (Xavier Edward King) relays a list of materials. Among the items include 1,000 bottles of wine, 75,000 pounds of fresh meat, and four cases of opium. All items found on the Titanic. The clerk introduces the nonfictional characters based on surviving staff and then starts the testimony with the characters' investigation of the wreck.

Being more accustomed to a visual form of artistry, I rely more heavily on my other senses during this show and even close my eyes to avoid distraction. The running notes, and sudden changes in the bass, and shrieking dissonances help convey the angered interrogation made by Charles Lightoller (Ronald L. Conner), the commissioner (Alys Shante Dickerson), and the attorney general (Charles Joughin). Some of the inquiry in  McCafferty's playwright highlight specifics that may have been overlooked, like this question posed to Reginald Lee:

Have you ever had glasses?

Have you found them of use?

Lady Duff Gordon (Bri Auida) displays great innocence and naivety and its her contrast in her tone and her quality in speech that creates a powerful image.  The sound relays the victim's cries and pleas, and initially, Lady Duff shows very little emotion, until she's overwhelmed by fast pace inquiry in the form of accusations: Did you tell them to row faster in order to avoid the cries? Her facade vanishes and is replaced by a deep empathetic look I'm hoping for.

This Titanic production took inspiration from the pandemic.  Its written in the program notes in a discussion with sound designer Mikhail Fiksel:

Between the 109-year old Titanic disaster and today’s pandemic have been integral to shaping the story. The handling of catastrophe, the lack of action and conflicting communication to avert catastrophe, along with the traumatic legacy it leaves behind, all have guided the team’s understanding of the play.

Blackouts of a character's window note transitions in scenes.  The video process was made with multiple cameras,so viewers can access to the entire stage and have the freedom to decide which window to focus on. The characters are in formal attire,  black suits,  and strangely reminiscent of ESPN sports commentary.

As the inquiry gets closer to the sinking of the vessel, the music intensifies, and the feeling is similar to the first time I witnessed Titanic (1997). If only we could carry around compositions like this in our head wherever we went so we could feel moments with more force.

te
Bestselling African American, Miss Jenesequa is with me today. Her novels are known for their powerful, convincing storylines and of course filled with black love, drama and passion. If you’re eager and excited to read stories that are unique to any you’ve read before, then she’s your woman.  romance novelist. 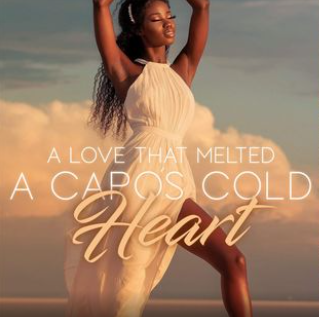 Arriving at the Bakken, I’m reminded why South Minneapolis is the perfect spot for a museum or performance. Beautiful flowers and landscaping surround all sides. There's even a food truck.  Perfect for a Taylor Swift music video.

I got my ticket and walked up the stairs to the rooftop, where a tent was pitched, and a grassy canvas was underneath. Dotting the rooftop are glass and metal pyramids similar to the Lourve.  I’m introduced to the performers and an introductory act. Then I meet the headliners Denzel Belin and John Gebretatose and their duo group called Ubookuitous / Brotha Brotha.

Denzil and John take the stage. They ask the audience to make whooooo sounds every time there is a transition, indicated by them twirling together in a scene. The transition is to signal the scene's forward or backward motion. Freeze tags allow the characters to switch roles. At one point, Denzil is putting on imaginary wings to fly, and John motions a freeze, and then takes Denzil's position. 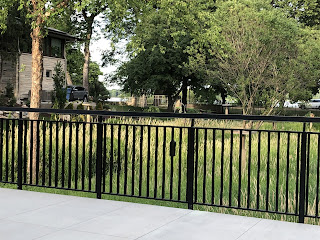 Simple callbacks are meant to mock one another, and the look is priceless. It's fun to catch instances when the actors break character, overwhelmed by the feeling of joy. It's evident that these two have been doing improv together for a long time.

The audience joins in on a scene when a character’s rhythmic clapping becomes contagious.

“I’m so sorry my emotions have turned you into Martha Graham,” Denzil says 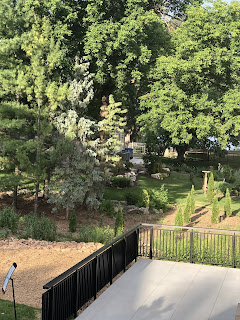 “This is not going to be a PBS special,” John comments.

“No, let's.” Denzil parks himself on a block, his feet dangling like a child watching intently with the possibility of learning something new.

“How can I know my dreams when I don’t know what my dreams are?” Denzil asks. There are moments when he delivers a monologue standing on a box, and he’s reminded that his imaginary world doesn’t coincide with the physical; whereupon the tent’s overhead forces him to duck.

The audience is told to snap their fingers, signaling that the scene will come to a close, but Denzil breaks the fourth wall; letting the audience know that as long as he’s up on his soap box he’s going to continue.

There’s a lot of charge in these scenes and moments one could replay in their head even though the scenes are not scripted, nor based on anything ever written. There are speakers at all the tent corners, but these actors can project sound with very little help. The show is family- friendly and elevator accessible. Your ticket also gives access to the museum. The current exhibit is hands-on and incorporates video animation and electronic art. Get your tickets now through June 26th at https://twincitiesimprovfestival.wordpress.com/

***Repost from 2020
Chione Quintet of Minnesota is with me today to talk about their music. When was the Chione Quintet created and what is its mission?
"Chione had our very first rehearsal in October of 2016, so we are officially 2 years old.
continue reading
Posted by Trin Carl at 6:30 AM 5 comments:

chekhovOS /an experimental game/’ Review: Who says you can't play a video game while watching theater?

A scene from Arlekin Players Theatre “chekhovOS /an experimental game/.” (Courtesy)
Who says you can’t play a video game while watching theater? With a twist to Anton Chekhov’s The Cherry Orchard, The Arlekin Players Theatre in Boston, presented a show that used gaming and a ZOOM platform to engage its audience.
continue reading
Posted by Trin Carl at 12:41 PM No comments: 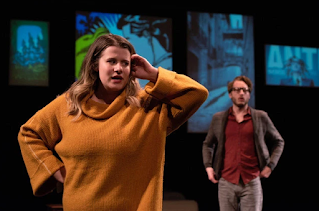 Becky Shaw is written by Gina Gionfriddo and directed by Ellen Fenster, showing at the Gremlin Theatre in St. Paul through January 26th,2020.

Unfettered relationships seem consistent in Gionfriddo's script, even though the main character, Susan, has a romantic view of what relationships should look like.  Detangling the web of lies begins with Becky, (Chelsie Newhard) who is set up on a date with Max (Logan Verdoorn), his adopted sister, Susan (Jodi Kellogg), and her husband, Andrew (Kevin Fanshaw).
continue reading
Posted by Trin Carl at 7:22 AM 6 comments:

I ended up going to Wild Mountain in Wisconsin last Sunday.  This recreation park has go-karts and an alpine sled ride.  It has a underground water slide called the "black hole"( Unfortunately it was  too cold for water rides.)

This week I took an UBER client to Rogers, Minnesota.  It's an hour's drive and quite unexpected.  The driving app tells drivers how far the client is but it doesn't tell you how far the destination is in advance. (otherwise I may not have taken that ride)  It was a good chance to catch up with friends (handsfree) on the way back.

A neighbor also gave me some tacos from a barbeque he was hosting.  Its been humid but an interesting change. 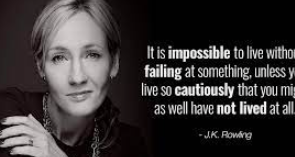 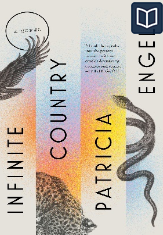 I had a book talk on ZOOM about 'The Gene' and I had a  chance to talk about my own rare condition achondroplasia and how it affects 1 out of 10,000 people.

It been a low-key week filled with staying at home with my son and reading a lot of contemporary books and learning about play festivals that have been showing internationally and within the US, including the Galway festival in Ireland. I haven't been to Ireland but its on my bucket list.  My ancestors are from there (hence the red hair).
I did some fantastic mantage improv yesterday that revolved around characters with ten heads and three fingers.
I drove some for ride share and talked to people about their summer plans.  One guy turned out to be a musician from New Zealand and he has this song called 'La La Lonely Lies' on Spotify and at least 3,000 average listeners.  He says the song is about the lies we tell ourselves when we are in a relationship.
upcoming shows

Music and Lyrics by Finn Anderson