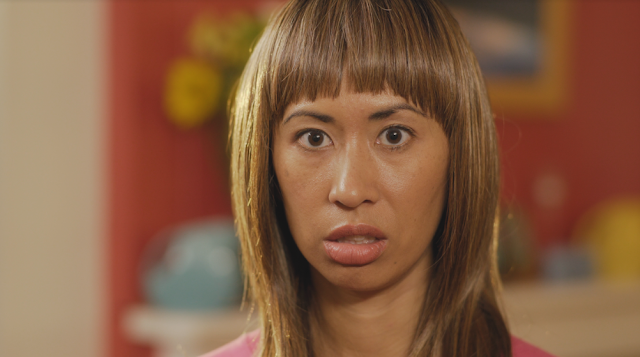 Elaine Loh is here with me to talk about her current projects. Elaine wrote/directed an indie episodic series, “DOXXED”, about a woman who must deal with the ramifications of going viral after making a (slightly racist?) comment on social media. It is currently doing festivals, including Raindance (Winner Best Achievement), Catalyst (formerly ITVFest, Winner Best Short Comedy), NBC's Women in Comedy, Dances with Films, and the Asian American International Film Festival. You can find it online as well at www.doxxed-series.com.

Elaine, looking at your favorite films, what type of structure do these films usually have? -- I know I should have a better answer as a writer, but I actually rarely look at structure when watching a film. I get totally engrossed in the story! But, when trying to write my own films, I tend to follow a fairly typical three act structure. I've used the Save the Cat method for several films and I also recently came across this great explanation of film structure by Lindsay Ellis.
Do you look forward to this stage of the process?
-- I hate re-writing!!! But I also love it because I know that is when a project usually moves from something good to great (hopefully). I tend to have lots of readers before I start re-writing. I have friends who are writers, my writers group, my reps, and sometimes I hire someone if all of those people are busy. From there, I will take the notes I'm given and see which ones I agree with wholeheartedly, which ones I don't want to agree with but probably have a valid point, and then which ones I think are not useful.
Then, I'll take my next pass at the script and try to have new readers read it. Then another round of notes. But, usually, by the time someone is reading my first draft, I've already done a few rounds of re-writing in the preparation stage. Meaning, I'll first write a rough outline. Rewrite that.
Then, write a more formal outline, and rewrite that. So, by the time someone reads the first draft, I've already rewritten and worked through the holes in the story maybe 4-5 times. So, when I do a second or third draft, it's really like the 6th or 7th. Therefore, I don't spend too much time rewriting a full script. But occasionally it happens that I have to start all over and do a page one re-write. That doesn't always happen but it has led to some of my most successful scripts, so I try not to get too down about it.
Growing up, what movies or stories inspired your creative passion?
-- I have always been a TV-aholic. I like movies, but I love TV. I love that someone can come into my living room and be my best friend week after week for YEARS! I am still watching Grey's Anatomy - how long has it been, 16 or 17 years?? That's nuts! As a kid, one of my favorite shows was Buffy the Vampire Slayer. I think seeing a young woman who was funny and vulnerable and smart and strong was really empowering. I hope to be able to write things that give that empowerment to other young people today. 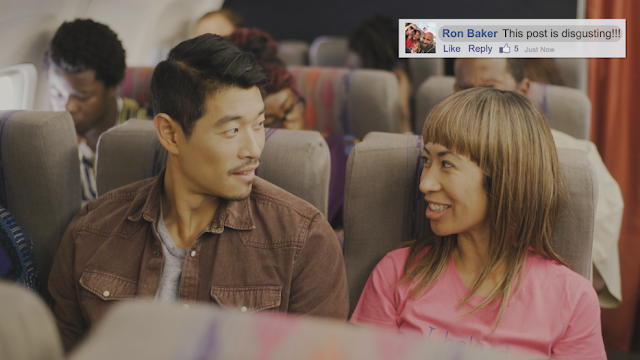 For an unknown writer, what is the best way to get their screenplay seen?
-- I guess the question is, seen by who? You can submit your screenplay to the competitions. If you win or place highly, you might get some people who read it. Most of the time though, you'll need a rep (agent or manager) to help get you read. Also, you'll want to build a network of contacts who are legitimately your friends and fans. The most useful thing is to have someone say to someone else, "You should read my friend's script". That goes a long way!
How emotionally involved are you with the characters you created in Doxxed?
-- I've been fascinated by how we treat each other online these days. Ruining someone else's life over what they've said or done is truly an awesome power that the collective internet has. Some people maybe deserve it. Maybe they truly are horrible human beings. But I'm still not sure I personally want to be part of ruining that person's life, even when they deserve it. But really, who gets to decide who deserves it? I feel like the mob mentality treats everyone online the same way: If you don't agree with me, you are my enemy.
There is not a lot of nuance online. So, I'm intellectually very invested with my characters in Doxxed and what they deal with. Emotionally, I actually probably feel more for the character of "Tim" than I do for the character I played, "Rebecca". If we get to do a second season, I really want to build out Tim's character and see more of him. I worked on the first season of Doxxed for a year, so my life was all Doxxed, all the time! I think of the characters as real people at this point. My fiancé and I quote them sometimes (because he had to watch it so many times during the editing process and knows all of the characters too, as well as playing the mean fiancé in the show). They're very much alive to us.

What are some of the current projects you are working on?
-- I recently got my first staff writing gig on the new Gossip Girl for HBO Max (yay!). So, I'm a full time writer these days. I also have a project in development with a big TV producer (I don't want to mention it yet, we'll wait until we actually sell it). It's funny, Doxxed did not get me either of these jobs, but at the same time, in a way, it did. I learned so much from making Doxxed.
I don't think I can separate out my life from Doxxed. So, even though I have yet to sell Doxxed or recoup any of the money I spent making it, I would do it again in a heartbeat. There's something about making your own work. It makes you feel like you can handle anything. And that feeling is what helped me land the great rep and get the great jobs. So, for any aspiring writers out there, my best advice is not to be afraid of putting your work out there and releasing the results!

More Info about Elaine:
Elaine is currently staffed on the new Gossip Girl reboot for HBO Max,
premiering in late 2020. She is humbled to be a fellow in the HBO Writers
Program, chosen for the CBS Writers Program, and a Semi-Finalist for the
Sundance Episodic Lab. Additionally, Elaine is grateful to have been named
as one of the Top 25 Screenwriters to Watch in 2019 by the International
Screenwriters Association. She has had scripts place in the world-renowned
PAGE Awards (Silver Prize), Austin Film Festival (3 times), Final Draft Big
Break (Top Ten), and the ISA (Grand Prize). Other notable writing
competition placements include Scriptapalooza (1st Runner Up), Blue Cat,
and Script Pipeline. She is happy to currently be a Top 75 Finalist for the

Other produced works include winning the Grand Prize and Audience Vote of
the NewFilmmakers LA On Location Project (a $60K value) for “The Angeleno
Hunter”, an Honorable Mention at the NBCUniversal/YOMYOMF
Interpretations contest for “Scare Me”, and having two films accepted to
Academy qualifying festivals.
On a personal note, Elaine was born in Singapore, grew up in Hong Kong
and Taiwan until the age of 12, and then moved to Massachusetts. She does
not speak any Chinese, has been told that she holds chopsticks incorrectly,