The Sunday Post is a weekly meme hosted  @ Caffeinated Book Reviewer. It’s a chance to share news~ A post to recap the past week on your blog and showcase books and things  received. Share news about what is coming up on our blog for the week ahead. See rules here: Sunday Post Meme 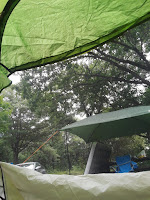 This week I went to the Children's Museum and also went camping at Bunker Hills campground in Coon Rapids, Minnesota.  We went to this campground as a kid to ride on ponies and take in the outdoors so it was fun to come here as an adult.  We searched and found our favorite campground site which was was an isolated one hid behind some big oak trees on top of a hill. 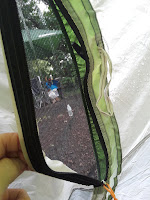 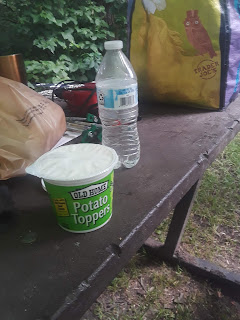 Bunker Hills has a water park, which my sister and niece enjoyed even while it was raining. I preferred to sit in the tent and look out at the rain (as the picture
shows to the right.)

My brother also made a joke of bringing  'Potato Toppers' instead of our favorite sour creme: 'Top the Tater.'  He said some woman was eyeing this other brand name and he quickly went in for the steal. I've only been camping a few times so it's been great.
via GIPHY

That was my week folks, hope you enjoyed your week.

Reading: The Arsonist by Stephanie Oakes, Lock Every Door by Riley Sager, The trap by Melanie Raabe, Time after Time by Tamara Ireland Stone 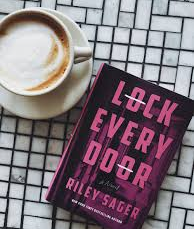 Listening: Mel Robbins and the Five second Rule to get you out of bed: (Ted talk )