This week I came across an inspirational writer named Chris Fox who says he writes 5,000 words an hour!

On his blog: chrisfoxwrites.com  there is a Youtube clip where he talks about the acceleration of his novel sales including which months his books were selling, along with charts and graphs from Amazon to show the progression.  Some months, he has up to eleven thousand dollars in sales.  I picture Stephen King, dragging his mouse up and down charts like this guy's and being like.  'One million sales in December. Oh my!  And a tiny growth in April, what's up with that?'

Either way, this Chris fella' has like six novels out ,and it's interesting to see his enthusiasm when it comes to his novel writing.  You don't see a lot of novelists go in depth the way he does. 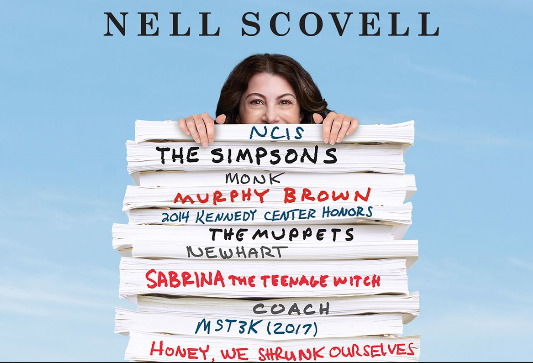 This week I also listened to Nell Scovell's audio book. If you don't know Nell, she is a television and magazine writer and producer.  She created Sabrina the Teenage Witch series. I also found out that Nell was a former writer for late night with David letterman she also wrote for The Wilton North Report, Coach, Monk, Murphy Brown, Charmed, Newhart, The Critic, NCIS.  She was the first woman to write an episode for the Simpsons.
Career advice she's been given:


"1: Never be afraid to write spec,  2: Don’t ask friends for work and 3: take any job that comes your way, you never know where it might lead."
Nell also talks about what it's like to be one of the few female directors and how women need to be asking themselves 'What would I do, if I weren't afraid?'
I made a little list of things I'd do if I wasn't afraid.

Readers, what would you do, if you weren't afraid? Please comment below.

Reading: You're on an Airplane by Parker Posey, Under a Painted Sky by Stacey Lee.