T is for Terrific Actress #AtoZchallenge via @trincarl

Today I'm interviewing Chloe Bell for my#AtoZchallenge (26 blog posts in one month's time).
Chloe Bell is an actress in the University's BFA actor training program. Chloe can be contacted on instagram.

Chloe, you performed
in “Servant to Two Masters," how much of this performance was Improv?
Or came from ideas that were inserted?
This version was adapted by Lee Hall, an English writer, so there were a bunch of English references and jokes made throughout the text that a lot of the cast and director, Jon Ferguson, either didn’t understand or didn’t feel suited the show we wanted to put on.

A main goal of ours was to “bridge the experiential gap”. Jon really brought this to our attention within the first couple of rehearsals. By “bridging the experiential gap” we meant we wanted the audience to be experiencing this show together, to not be divided by lack of understanding or connection to something we said or a joke that we made.
It can certainly be a little polarizing if a reference is made that only a portion of the audience can react to and truly understand. We didn’t want that at all, so when we made suggestions or presented ideas during runs, we made sure they would keep everyone engaged. By no means, did we expect every single joke to be a total success but we wanted to bring the audience together as much as possible.

During rehearsals, we were always putting forth additional pieces to add to the text. We performed the whole text but added quite a bit of modern takes and personal ideas. We would only allow those pieces in if they added to the text we were given. Quite a few ideas from rehearsal didn’t make it to the show but now they’re sort of our little extra secrets, which is fun. 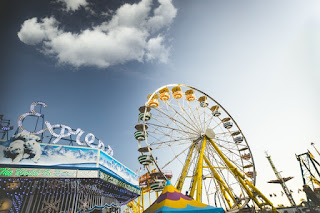 Jon was always throwing out ideas during the rehearsal but he made sure they were building off what we were giving and that they were things we felt comfortable with and wanted to do.
Each show was different, there were always new things happening and not necessarily because we were trying to add things but because it was bound to happen. Something could go a little different during a scene that was unexpected and we all just had to roll with it. We’re human and we bring new things and feelings into the theatre daily and those things can change how we perform.
I think, as a cast, we built up that ability to play and bounce things off one another really well.
I noticed many modern song references including the theme song to Fresh Prince of Bell-Air.
That “Fresh Prince” bit only happened once so your audience group got a special piece. Each audience gave us something different, making each of our performances a little different as well.
The archetypes of commedia were used as inspiration for our characters. We weren’t using the masks though so we weren’t fully embodying those archetypes but the were there to guide us.The yacht club theme/style was truly from us though. I think it came along because there is a hierarchy of characters within the script. You have the wealthy people who just lounge around, waiting for lunch, and then the people who are constantly on the move and working. We connected this to a yacht club and the people you usually find around there. Oh, and considering the image of a whale was so present in our rehearsal room (thanks to the link below) it was a perfect match.

Can you talk a little about the BFA Actor Training program at the U of M?Yeah! So the U of M BFA is a four-year program that is really focused on classical text (a main reason why I wanted to come here). We have really rigorous, conservatory style, training but with an addition of a liberal arts education. Each class, or company, has twenty students, ten women and ten men.
This is really beneficial in that we can work with this same set of people all four years, grow with them, and feel more open to work and play because we’re comfortable around one another. We are so fortunate and have a connection with The Guthrie Theater as well, with which we get to take classes there, meet a lot of incredible people, and even audition for student contracts when we’re juniors and seniors!
All four years involve different styles of theatre or techniques to work on. 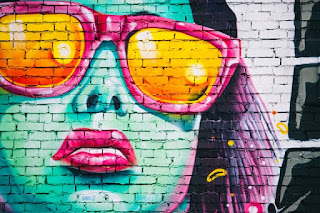 What is a question you’ve always wanted to be asked in an interview?
That's a good one. How about: What are three “little things” in life that make you happy? 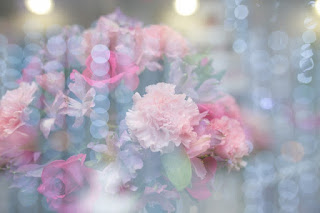 Besides, “Servant of Two Masters”, are there others performances you’ve played in the past?

I’ve been performing in plays since I was a freshman in high school. I attended a performing arts high school along with taking classes/performing in shows at a community theatre, in my hometown of Louisville, KY. Some of those roles included Alma (Summer and Smoke), Lady Macbeth (Macbeth), and Cavale (Cowboy Mouth). In college, so far, I’ve played Beth (A Lie of the Mind), Henry/Ensemble in Henry VI, Benedick (Much Ado About Nothing) at The Globe Theater with Globe Education, Chorus (Agamemnon), and now Smeraldina!

Of all the roles you’ve been in, which is your favorite?

That’s tough. I think a top role for me was playing Richard II (Richard II), at my community theatre when I was in high school. It was/is a dream role of mine. And considering it was a male character, I’m so lucky to have been given that opportunity. 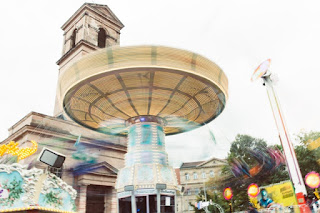 Last question, will you be in any other upcoming performances?

This summer, I’ll be back in Louisville, working with Kentucky Shakespeare! I’ll be playing


I’ll be back in Minneapolis in August and shortly after that will be starting the Chekov unit with the BFA (in a currently unknown role), so stay tuned for that!

That's all the time we have today. Thanks for joining me Chloe.
Thanks for having me.

If you want to get a touch with Chloe Bell, find her on instagram or the University's BFA instagram. Readers, if you ever performed in high school or college in either theater arts or other programs, please tell me about it in the comments below.