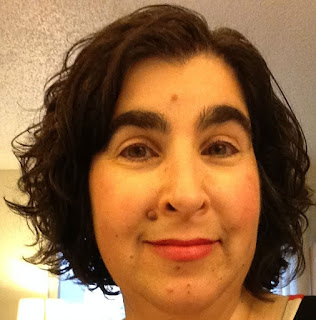 So Tammy, what have you written?
I have one book out, a short story collection called Gnarled Bones and Other Stories. The collection includes five stories of loss, fear, and guilt. I wrote three of the stories (“Mother of Mischief”, “Bracelets”, and “Broken Bows”) more than fifteen years ago, when I was first starting to explore my writing voice. I wrote the other two (“A First Saturday Outing” and “Gnarled Bones”) more recently.

I love how your story, A First Saturday Outing, is read aloud by Whimsy Garden on Youtube. I, too, plan on showcasing my work on Youtube as soon as I find the best approach. Readers, check out this audible version of her story when you get a chance.

What is your favorite motivational phrase?
There are a lot of them. I think the one that really resonated with me right off is Gertrude Stein’s advice to young writers and artists she mentored – “Don’t you ever dare to make concessions. Then one walks down, down, down, down.”

I think a lot of writers feel they have to make concessions, give up what they really love to write or compromise their style because it’s considered too quirky or offbeat or isn’t trending or they think something else will get them on the bestseller list. But it takes them down psychologically so that they don’t feel they’re really happy.

I totally understand his. In my writing, I often use urban slang that some writers feel is unprofessional. I use the urban slang dictionary to reference mywork. I try not to allow other writer's personal taste interfere with my own.

What is your favorite quote?
Again, I have a lot of them. But one that always sticks with me is from Wallace Stevens’ poem, “Another Weeping Woman”:

The magnificent cause of being
The imagination, the one reality
In this imagined world.

The idea of the imagination is the only reality really speaks to me. I grew up very isolated and overprotected with a lot of emotional pain. So, my reality became the one I created in my imagination. Until I was fourteen, that mostly consisted of daydreams and books. But I discovered writing when I was fourteen and that became the place where my imagined world came through.

I'm glad you had a place to turn to.


Speaking of imagined worlds and settings, what is your favorite movie and why?
My favorite film is Federico Fellini’s “Juliet of the Spirits”. I know it’s a weird choice, but the film just blew me away when I first saw it. The film follows Juliet’s transformation to an independent woman who knows her own mind, or is at least willing to go out and discover it. I loved the magical realism in it and the idea of the neighbor helping Juliet make her discoveries. The film inspired me to begin a book called House of Masks last year, which I’m currently working on. 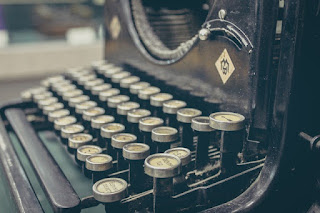 What advice would you give to your younger self?
That’s a great question! I would tell my younger self not to be afraid to let her authentic writing voice and her emotions shine in her work, even if they’re not always bright and happy.


It took me a very long time to be comfortable with my writing voice and style because it’s not really what the popular genres are doing. I experimented a few years ago with genre fiction. I wrote a historical mystery that was to be the first book of a series. It was fun and I learned a lot about plotting but I ultimately felt I was burying my writing passions and my authentic writing voice in the safe place of plot-driven fiction.

Which famous person, living or dead would you like to meet and why?
I would love to have met Charlie Chaplin. He went beyond the slapstick comedy that was popular in the silent era and really dug deeply into human nature in his films, especially his later films. His films are bittersweet but you always feel they have hope.

I agree, Charlie Chaplin was a great man.

Yes, he wasn’t just a brilliant director, he was also a wonderful writer and composer. I think it would have been interesting to have a conversation with him about film and art. 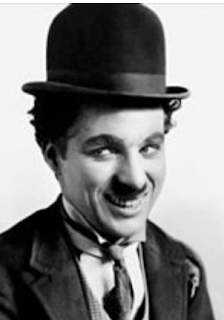 What advice would you give to aspiring writers?
The same advice I gave my younger self :-). Don’t be afraid to follow your own voice, your own ideas about what you want to write, even if it’s not trending or popular. If you try to fake through, writing what you think will give you the most success, you’ll feel inauthentic and your readers will feel it too.

Where do you see publishing going in the future?
I can’t really answer that question because I’m a self-published author so I don’t really follow publishing trends and predictions.

I do think as good authors who use all the resources available to them like professional freelance editors follow the self-publishing route, there will be less of this idea that books published by a publishing house, any publishing house, is somehow better and of higher quality than a self-published work. I think that’s already happening, but very slowly. I really hope to see it grow in the future.

Is being a writer a gift or a curse?
Both! It’s a gift because we get to create worlds of our own and let readers into them. But it’s also a curse because the outside world sees us as weird, out of touch with reality, and impractical to a certain degree. It’s also a curse because writers are ultra-sensitive to what is going on around them and we absorb every small detail. Non-writers can ignore these details and stay focused on what they are doing or thinking or feeling but writers find it harder to do this.

Is there anything you find particularly challenging in your writing as far as content?
I find writing psychological fiction a challenge in general because it forces me to go deep into the emotional realities of my characters and create stories that are complex and full of underlying meanings, some of which I see and some which I don’t.

When I was writing historical mystery fiction, it was complex in terms of story because mysteries are complex, with their suspects, their clues, their red herrings. But in some ways, it was easier to write because everything was about the external world.

Psychological fiction is about the internal world and so many things are kept hidden, have double meanings, or have no meaning at all except what the character makes of it. So it’s much less concrete and more abstract.

Did you come across any specific challenges in writing Gnarled Bones and Other Stories?  What would you do differently the next time?
Not in my new release, but I’m finding one of my current writing projects challenging. It’s the second book of my novella series, the Waxwood Series. T

he story revolves around the relationship between Gina, the main character, and her aunt Helen, who is slowly losing her mental faculties. Their claustrophobic relationship touches some things about my relationship with my mother so from a psychological standpoint, it’s a difficult book for me to write. I have to dig deep into some difficult emotions in ways I haven’t had to do so far with my writing.

I totally get how writing can draw blurred lines with reality.  I hope you rise above this challenge.

What do your fans mean to you?
A lot! Fans, or, rather, readers, are the reason why I write. I write to communicate with an outside world, to give people a way to experience difficult emotions in a safe place. That safe place is a fictional world that I create in my stories. Without readers, I would probably write for myself, but that connection would be lost.


More about Tammy
Tam May was born in Israel but grew up in America. She has a B.A and M.A in English and worked as a teacher before becoming a full-time writer. She started writing when she was 14 and writing became her voice.  She currently lives in Texas but calls San Francisco and the Bay Area home. When she’s not writing, she’s reading classic literature and watching classic films.

That's all the time we have today folks. Please feel free to contact Tammy on her blog and site www.tammayauthor.com and sign up for her newsletter