Robert Gately joins me today on TheGlobalDig.  Robert was was born in 1946 in Lynn, Massachusetts.

He appeared in 15 feature length films, and a notable lead in a independent student film titled, FRAME, which won the Platinum award for ‘Best Dramatic Short’ at the Houston Worldfest in 2002.  He currently lives in Bethlehem with his wife, Lois, who is his editor and is affectionately known as ‘Jellybean’. He has two cats, Enki and Gilgamesh, who answer to no one except themselves.

Robert, where do your ideas come from? 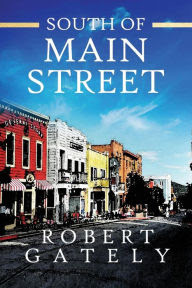 My most successful screenplay, in terms of writing contest wins, came from a dream. It was one of those things when I woke up laughing and my wife asked me what was so funny. I couldn’t explain it to her without sounding ridiculous, so I wrote a screenplay about it.

Pretty awesome that your wife is such an inspiration to you.

Yes, that particular screenplay became my only comedy and I wrote it in a week. I’ve been editing it ever since, however.

Another idea came while watching a movie (the Longest Yard). I began thinking about how this story could be told if it were basketball, not football.

Or maybe the most elaborate story came from an experience. It was a downsizing experience I had in 1993 where many people got hurt financially, and emotionally. That writing experience led me to the idea of having unchecked greed as the reason for a layoff and the hero fights the corporation and exposes executives’ idiocy.

One non-fiction book I wrote (Fillossofee: Messages from a Grandfather) came from the desire to inspire my progeny. My grand-daughter told me she was billed for 13,000 text messages one month and then I asked her a few questions about life in general and she didn’t seem to be interested. Social networking was the center of her life, and that was that. So, I figured she, and others in the family, needed to be inspired and expand their minds a bit.

My favorite story I like to tell is where I got the desire to write – the passion, that is. I have to journey back to 5th grade to explain to you why writing is such a big part of my life. We had to read a book and write a synopsis as a task that my fifth-grade teacher gave us. These ‘book reports’ would then be graded as if it were a ‘contest’. Winner-take-all kind-of-thing. That's when I discovered the flap -- a brief outline from the publisher, those beautifully written words that perfectly captured the emotions and the essence of the story. For a 5th grade boy trying desperately to rise from the sleepy world of his imagination, I did a despicable thing. I used the flap in writing the synopsis, paraphrasing as best as a fifth grader could, and submitted the paper into the contest. As fate would have it, I won the competition. I was embarrassed, humbled at receiving an award I didn't deserve. That day was the beginning of my writing career where a little flame burned in my soul to be able to express myself with some degree of grace where I would never have to rely on someone else’s words to express how ‘I’ felt. That desire turned into something else. I learned later it was called passion.

Do you let the book stew and move on to a different project?

My most recent book came from watching a movie (Being There) where the main character captured my imagination 30 years ago. First, it was a book written by Jerzy Kosinski.  The hero of my story just wouldn’t leave me alone and I had to write a novel and a screenplay to keep my sanity. That was a 30 year experience, and while it was brewing in my soul, I wrote 5 or six screenplays in the interim, and a couple of stage plays. Once I started writing ‘South of Main Street, it took about two years to finish. The screenplay version took a couple of months, but I had already taken all those years in flushing out the characters. It was a wonderful experience.

How much research do you do?

Most of my research is done in my non-fiction work. For example, I tape record my sources and then transcribe the sessions in a WORD document. From there I develop an excel spreadsheet where the dates of the story appear across the page in columns and under each date I write in a few words from my Source and the page number where I can find the details. For some of the entries, I check the veracity on the internet. I did this for a two-part mini-series titled, “The Ed Dennehy Story”, the life and times of director and actor of my dear friend, Ed Dennehy. I also did this extensively with “An Ordinary Hero”, another non-fiction book about a Pakistani freedom fighter. Each one took about 8 months of data gathering and checking, and 4 months of writing; that is, composing or editing.

What is your favorite movie and why?

My favorite movie is a toss-up between ‘Inherit the Wind’ and ‘One Flew Over the Coo Coo’s Nest’. ‘Inherit the Wind’ helped me tremendously with the conflicts I had developed in my catholic education about hell and damnation and why it was okay to believe something other than what the bible was presenting. I began seeing the benefit of embracing the idea that religion could co-exist with science. In a sentence, the ‘Coo Coo Nest’ movie was a profound inspiration of how one person can make a difference.

What is the hardest thing about writing?

I learned early on, whether writing a screenplay, novel, or stage play, I needed to follow a process, and learn some rules. This idea of storytelling was taught many years ago, not by a writer, but by a philosopher, physician, scientist, and a student of Plato. Aristotle said, and I believe it to be true, that ‘The first essential, the life and soul, so to speak, of a story, is the Plot.'

For me, plot is the hardest thing. It took a long time to learn what it meant to develop a plot, and it wasn’t until I took a two-day seminar in the ‘80s by a screenwriting guru that I had an ‘ah, ha’ moment where plot fell into place in the scheme of writing. It was only later that I felt I had a little flexibility and adopted the profound philosophy of Picasso who once said: “Learn the rules like a pro, so you can break them like an artist.” First, I had to learn the rules and plot/structure headed that list.

Thanks Robert for joining me.

Readers learn more about Robert on his site rgately.com  and please comment below.
Posted by Trin Carl at 2:54 AM