Disney on Ice at Xcel Energy 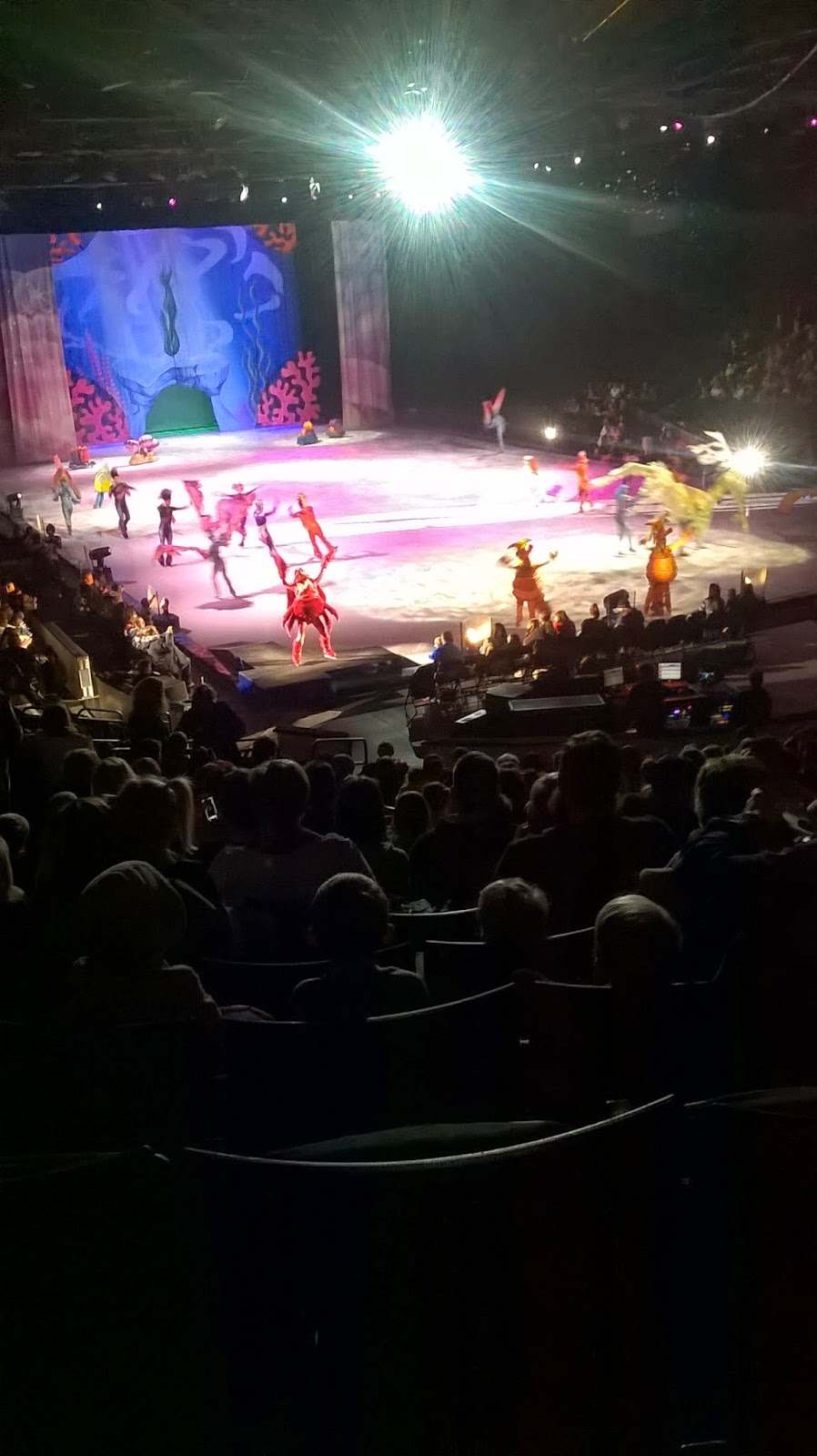 The Disney on Ice experience set off on time at 10am at Xcel Energy in downtown St. Paul Minnesota.    Literal sized cars from the movie Cars transcended themselves on the ice and followed one another skiting on the slippery ice as it would allow giving new meaning to the word fishtail.


Following that scene was the The Little Mermaid.  Any young girl would be able to connect with this movie and songs like A Whole New World and Under the Sea as the dancing crab Sebastian (seen in the picture above) located himself at the four corners of the Xcel center's stage and motivated the audience to clap along to the song.

Following that skating performance was the  Tinkerbell movie where characters like fawn, Silvermist, Iridessa, Rosetta, Fairy Mary, Terence, Clark, Bobbie, Queen Clarion and all of the other characters from the movie eagerly introduced themselves to the audience.  How they managed to get themselves on a platform shaped like a four foot chopped down tree trunk is beyond me. But their skates dug in the platform and they eagerly climbed and stood center stage waiting for the  song to introduce each of them.

The stage effects of the performance were unbelievable.  Tinker bell was hoisted fifty feet in the air so that that she could fly and spread her famous pixie dust on the audience below.  Fairy Godmothers in big  dresses were hoisted above as well.  While skaters below did their typical routines triple axels, toe loop jumps, triple loops, lots of camel spins where skaters' legs extended in beautiful arabesques.  The fairy costumes of these skaters fit perfectly with  what a natural figure skater would wear, although some of the skaters were as fortunate to have easily moving costumes like Ursella in Little Mermaid or Slinky from Toy Story who needed a  skater in front and back to function his moving slinky body 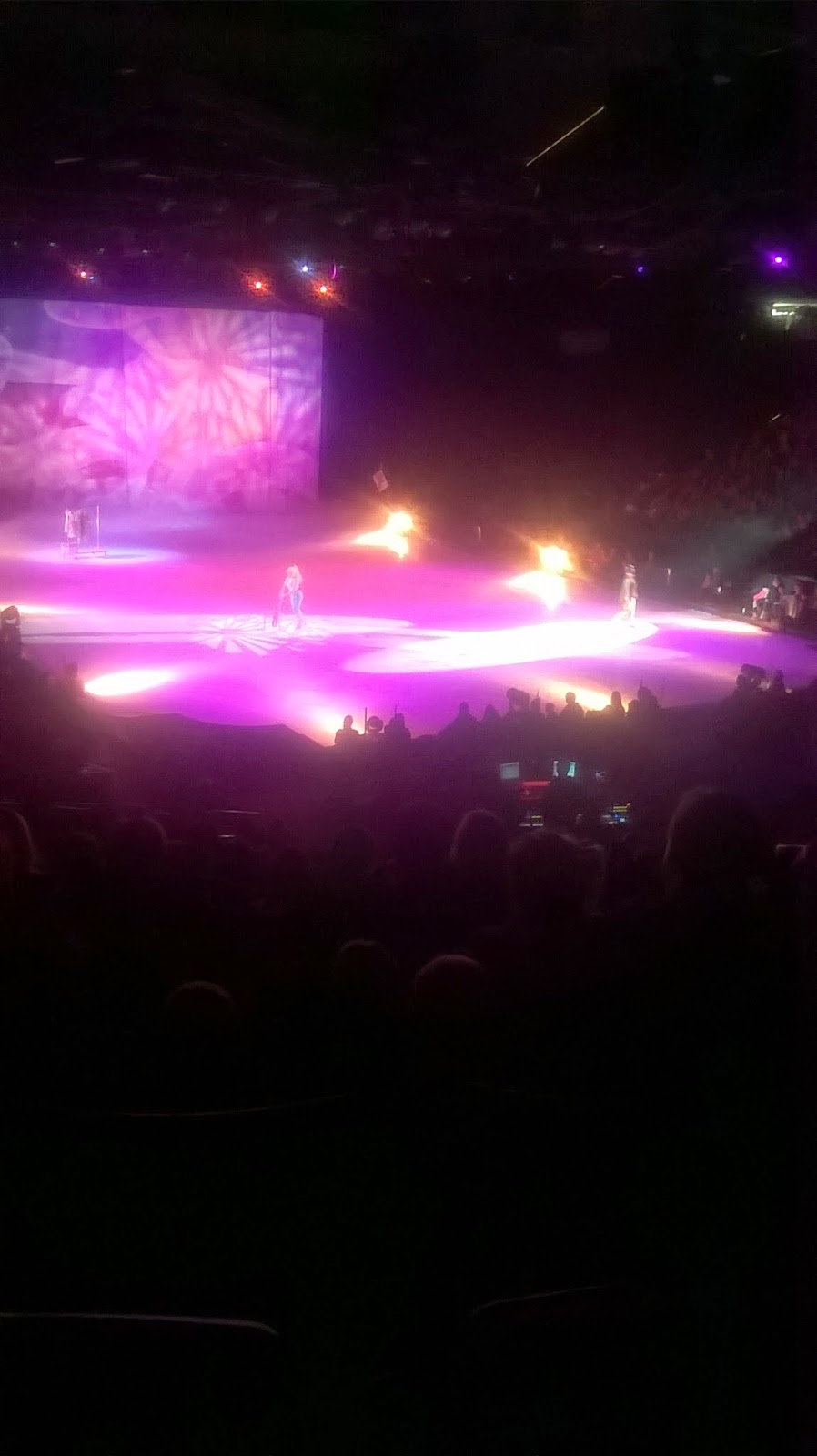 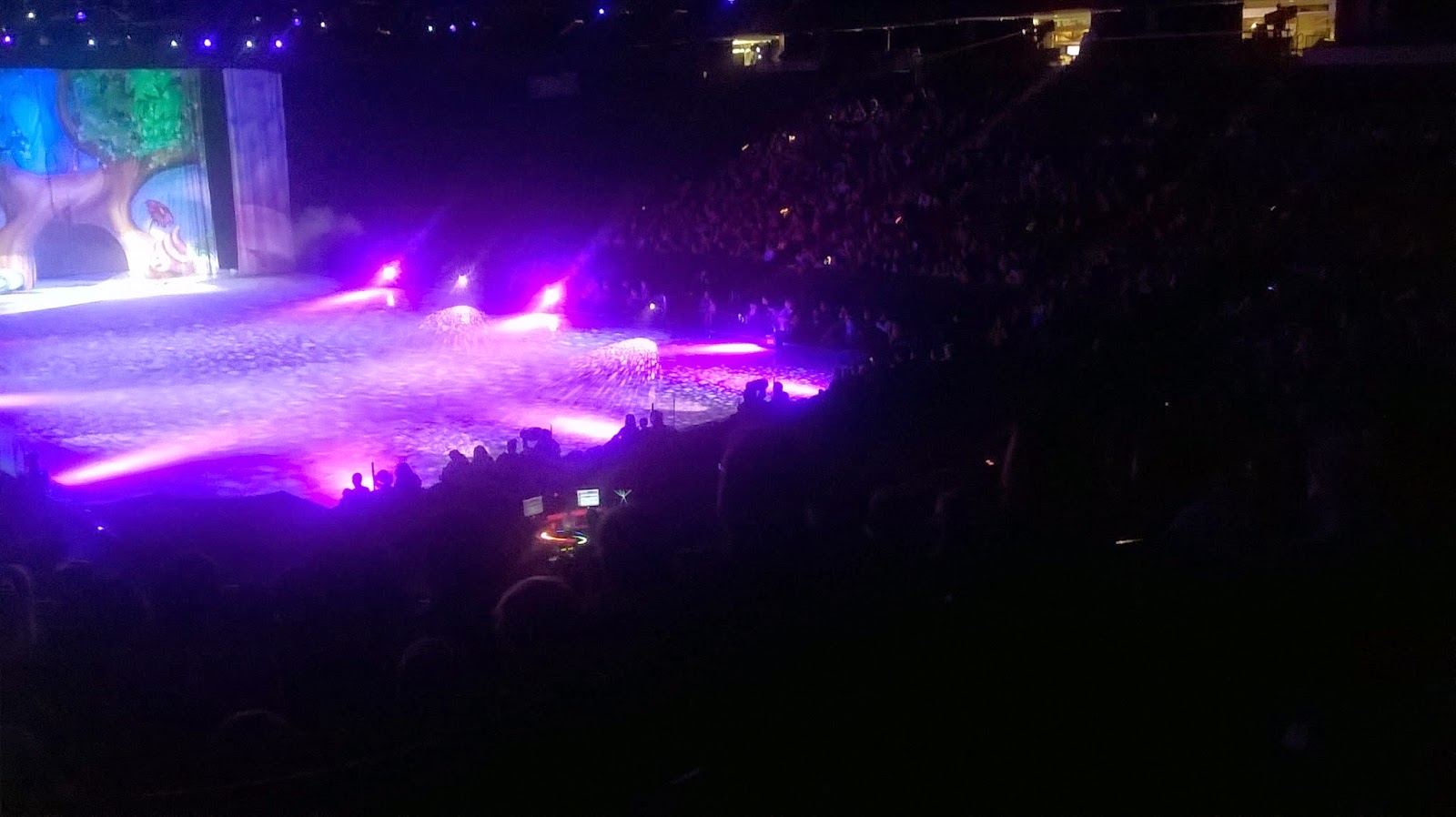 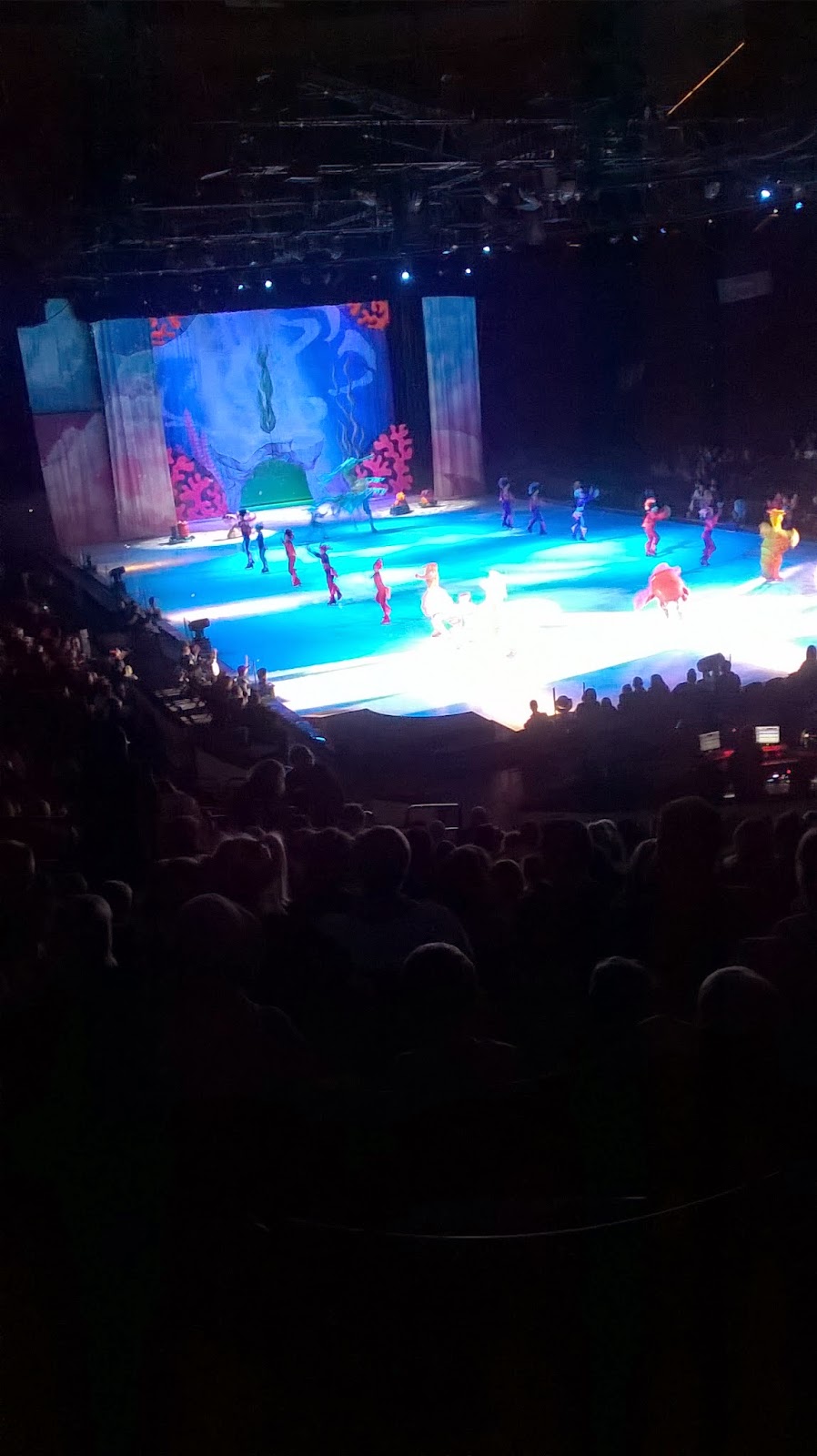