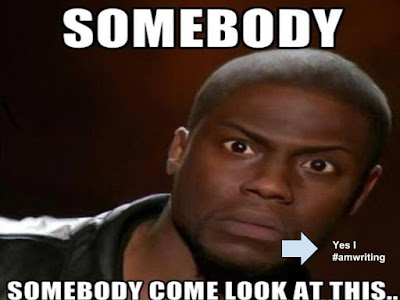 Today’s post is a USE YOUR WORDS writing challenge. This is how it works: participating bloggers picked 4 – 6 words or short phrases for someone else to craft into a post. All words must be used at least once and all the posts will be unique as each writer has received their own set of words. That’s the challenge, here’s a fun twist; no one who’s participating knows who got their words and in what direction the writer will take them. Until now.

Here are the words I was given by http://Bakinginatornado.com
renew ~ number ~ window ~ news ~ temperature

Last weekend I was invited to the number one party of the summer, hosted by no other than Bro Quincy Carl. About 20 people came. It was fun to say the least.
Here's what was on the menu:
cheesy tortellini
chicken terriyaki tacos
steak tacos (from the grill)
All the sides included
chips and salsa
And a Coconut Creme cheese cake to boot.

I've never put on such a spread or hosted such a party.  In fact I like to take a back seat approach to most parties and hand over the hosting to other individuals.
Either way, I'm not a party planner.
The news of my bros party came by a modern invitation:Facebook.
The weather was great.

The Storm held off until the following morning.

Thunder, lightening and rain caused debris to fall everywhere in the neighborhood.  A green dark sky loomed through the window and wind blew through trees similar to that of a hurricane.
The temperature at the party the previous day was around 80 degrees Fahrenheit perfect for a bonfire and perfect for sitting around and talking with old friends. I helped cut and throw pine tree branches into the fire, causing ten foot flames to reach for the sky. I'd definitely redo or renew this day given the opportunity.                       '

Here is an excerpt from Oh Brother by Trin Carl:

We peaked through the windows of the abandoned house and saw white barren walls and no furniture which made it seem desolate.  To the right I could see Burns standing in the front porch looking out the window.  I checked the side door and was surprised when it opened with ease.  Zion and I snuck into the back bedroom where we closed the door and  crouched down to hide in a closet.
I stared across at Zion, whose legs were folded like Pinocchio.  He wore a red silk jacket and tan corduroys.  His teeth were shattering in time with mine.   We both looked around our small enclosure.
“Burns wuz here,” was written in pencil on the closet walls.   From my vantage point, I couldn’t see Burns, but felt panicky to be in the abandoned house with him just a corridor away.
“Listen,” I said to Zion just then.
Burns seemed to be talking to someone.  I pointed to the closed bedroom door and Zion followed me as I opened it just a tad.  Burns was in the porch, but I couldn’t make out who the boy who was beside him.
“Zion, do you know who that is?” I whispered.
“Looks like Melanie’s brother,” he said.
We called him Melanie’s brother, because we never took the time to learn his name.  We often gave our friend’s nicknames according to their position in their family.  Melanie called me: Sister Ami (Ami being short for Amelia) and Zion, she called Brother Zion.
I could still picture her calling out to the both of us.  Hey sister Ami.  Hey Brother Zion.
Burns and Melanie’s brother took a seat in the porch thirty feet away from us, facing the street.
“I’m glad you’ve made it.” Burns said, “I have a proposition for you.”
“What, you need more cigarettes?” Asked Melanie’s brother in nonchalance, his head full of brown curls waggling side to side.
“No, nothing like that,” Burns said. “Look, you need money right?  I have a job where you can make quick money fast.  You’d work for Butch, my next door neighbor.  You know him right?”
“You mean your neighbor who owns the rope swing in his backyard?” asked Melanie’s brother.
“Yeah him.  Butch has a private tow business where he picks up cars off the highway.”
“Is that legitimate?” Melanie’s brother asked.
“Yes and no,” Burns said. “Yes, the cars he picks up are sold for parts to legal junkyards.  But no, he doesn’t have the title to sell the cars.”
I was surprised and stunned.  Butch is stealing cars off the highway and selling them for parts. I looked at Zion who had one eyebrow arched and was gripping the door as if a criminal was going to knock it down.
“Isn’t that illegal?”  Melanie’s brother asked.  “My mom says the only way you can sell a car, is if you have a title.”


“Look, it's not as bad as you think.  People aren’t using these cars anymore.  They’re can barely start and any car older than ten years can be sold without a title.  We’re just doing what the boss calls, “Cutting out the middle man.”

Readers if you had anything interesting happen to you this summer so far, let me know in the comments below.
Posted by Trin Carl at 4:00 AM

Email ThisBlogThis!Share to TwitterShare to FacebookShare to Pinterest
Labels: #fridayfeeling, bakinginatornado, use your words challenge